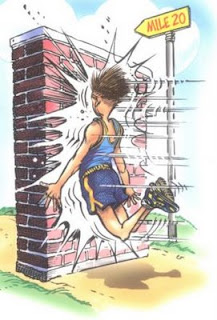 I've sort of hit a wall creatively with the Xhuul setting for the Gamma World game. I've been having a hard time coming up with "weird" locales around the main set-piece of Hlatl, the City of the Black Crater. I have been tinkering around with some maps, but I haven't put together anything I really like. And I haven't been able to come up with anything interesting in the city of Hlatl either. I still have several creatures and mutants for the Xhuul Bestiary I haven't posted yet. Xhuul was really a side project. I was hoping to run it at our local monthly Hobby Day at some point. Not so much as an ongoing campaign, but as a 'pick-up' game or one-shots.

I think part of the creative drain is the fact that my D&D 4e campaign is starting up again and with more players (total of 6 now) and I have been putting more focus it. The game was put on hiatus back in February this year as one of the players got busy with work and family commitments, and I really wanted to have all the original 4 players to continue their adventure together. That never materialized as the months flew by, until recently when I decided to recruit 3 additional new players and continue the campaign.

We had our first game last weekend Sunday (well, first for the new players, and fourth for the original core players). Two of the original players couldn't make it, so the party was without thier Shielding Swordmage and Cleric. Having no character in the Leader role with healing abilities really put the hurt on the party. One of the new players' characters was killed in the second encounter. It was kind of a bummer, but it was a 'Perfect Storm' of events that just didn't work out for him.

Anyway, everyone had fun and it was good to get the game running again. We should have everyone at the table next Sunday, so things should go a little more smoothly for the PC's.

Posted by Greg Johnston at 4:17 PM