Below are some pics of what I have worked on so far. I haven't done the final matte finish on any of the minis yet. Apologies for some of the darkness in the pics. 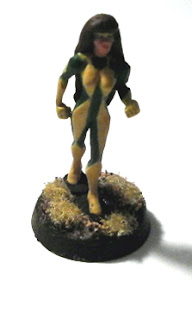 This mini is Diamond Lil, originally from Omega Flight from Marvel Comics. 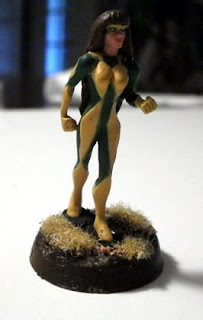 Here is another angle of Diamond Lil. 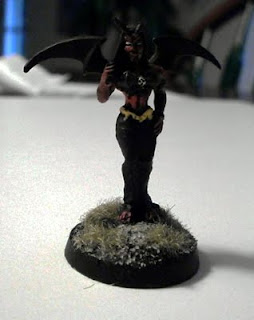 This mini was from the Horrorclix line. It is a Succubus. Not a very sexy Succubus, of which the picture of the Succubus in the 1st Edition Monster Manual is how I measure Succubi Hotness. :) 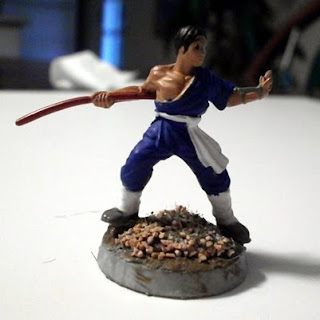 This mini I'm going to use for my Monk character in a Pathfinder game. I think this is one of the best action monk minis I've seen to date. I still need to finish painting the base before the matte finish goes on.

Here is an example of the textured base I mentioned in the previous post. This is the original color before using primer and painting or decorating. 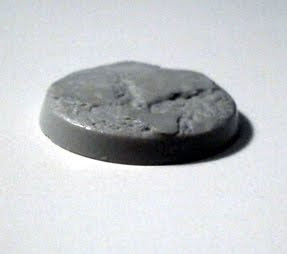 This is what one of the bases look like after I trimmed it down with an exacto-knife. It's much smoother when compared to the image above. 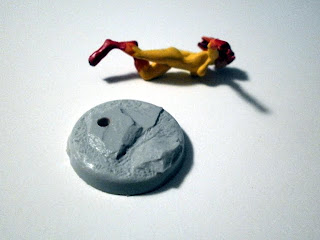 This is a mini of Firestar (aka Angelica Jones) most famously known from the old cartoon Spiderman and his Amazing Friends. This is a flying mini that is usually placed atop a clear plastic peg on the original Heroclix base. What I did was drill a small hole into the base and wedged the peg at the end of her foot into it. I may just keep the base the way it is. Or I might do something where it looks like it's been scortched by her flame powers. 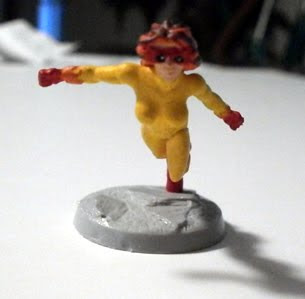 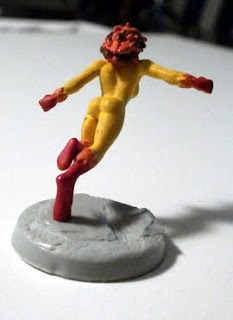 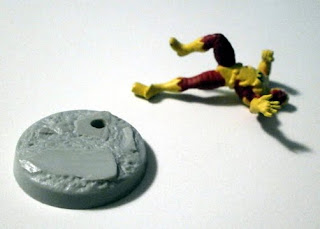 This was another flying flame-powered mini. I don't recognize the character, could be a DC villain. Anyway, the angle of the pose made it perfect to drill a hole in the base and make him look like he's on the ground, ready to fire a flame blast. 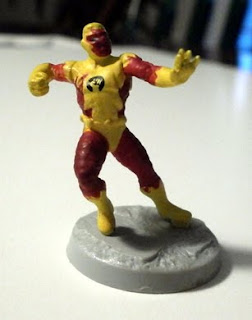 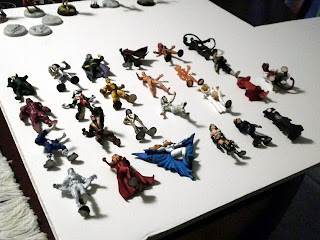 Here are more ready for the new base assembly-line. See if you can guess who they all are. A few may be difficult based on the angle of the pic.

Posted by Greg Johnston at 9:03 PM

Email ThisBlogThis!Share to TwitterShare to FacebookShare to Pinterest
Labels: minis