I found a hi-rez map of the Iron Kingdoms a while back. I cropped out a region centered near the city of Corvis in the kingdom of Cygnar, and threw some color on it. This area is central to the Witchfire Trilogy of modules from Privateer Press. 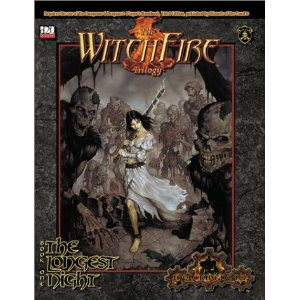 I picked up the Witchfire Trilogy from eBay not too long ago and have been reading through it in the hopes of running this mini campaign.

One nice thing though, is that Greg Gillespie's Barrowmaze will fit in nicely on the map. In the first Witchfire module, 'The Long Night', there is a tomb where several witches were executed and entombed in a hill amidst a swamp-like area. So a side-trek adventure into Barrowmaze can easily be slid in.

And here is the Corvis regional map: 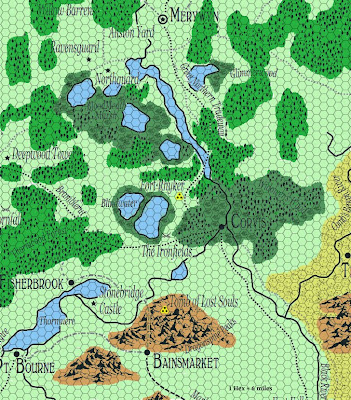 Posted by Greg Johnston at 6:03 PM