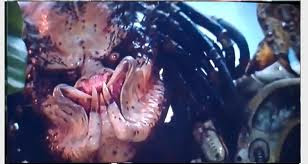 In the monthly Pathfinder game I'm playing in, my Elf Ranger was killed in the August game by a critcal hit by a Duergar warrior.  Or, would have been killed, but for the fact that our DM uses Hero Points.  I had two Hero Points which was enough to put my character at unconsciousness and stabilized.

I don't get too attached to characters these days.  I always see it as an opportunity to make a new character.  Playing on-line MMO's such as City of Heroes, I have a penchant for making many characters to play, the term is called "alt-itis", so it's not really a big deal for me.  However, my Ranger character "cheated" Death on this occasion.

Flash forward to this past week-end's game.  Our party was tasked by a spirit of a long-dead dwarf warrior with finding the physical remains of a long-dead cleric of  Torag, and perform a ritual to lay it permanently to rest.  The enraged spirit of the cleric had taken the form of a Wraith that haunted the halls.  Unless we could find the remains and perform the ritual, the Wraith would quickly reform.  Fortunately, we have a dwarf cleric of Torag in our party, so he easily knew the ceremony.

Well, we encountered the Wraith before finding the remains and the ensuing battle had the thing kicking our ass with CON drain and negative levels.  The only thing my Ranger could do against it was draw my Wand of Cure Light Wounds and attack it in melee (since it is a Touch spell).  Due to an oversight on behalf of the DM, he ruled that each time I attempted to attack, the Wraith got an Attack-of-Opportunity.  Within 2 rounds I was down to a CON of 1 and had 2 negative levels.  And I continued to press the attack regardless.  And it was at this point I intuited that the DM had fudged the die roll on the Wraith's attack.  Everyone at the table was like "Dude, get out of there!".  I just looked up and said "I'm doing the heroic thing and trying to take this thing out."  There was no way I should have survived unless the DM rolled really poorly, it's possible he rolled less than a 5 on the attack roll, but I think he fudged it.  I had no Hero Points left, having used them up last game to prevent being killed.  I had 1 CON point left, so one more hit would have perma-killed me, possibly to rise as a wraith as well.

It was later after the game that I found that using a wand in melee uses "spell trigger" activation which DOES NOT provoke attacks of opportunity.  I pointed this out to the DM, and he apologized for the error, saying that he was going by a rule in 3.5E that using a touch attack in melee provoked AoO's.

Ah, this is why I like the simplicity of the earlier systems of D&D.  Deadly, but still simple.

Posted by Greg Johnston at 1:41 PM

Email ThisBlogThis!Share to TwitterShare to FacebookShare to Pinterest
Labels: Pathfinder