I've received a few rewards from some of the Kickstarters I backed very recently.

Firstly, I received the Through the Breach RPG books based on the Malifaux minis game from Wyrd Miniatures.  I got the Fated Almanac which is the players book, the Fatemasters Almanac which is the referee's book, the Fatemasters Kit which is a DM Screen and a ton of character record sheets, a Fate Deck for the game and several minis which I would have to assemble.  I don't really care much for the miniatures, so I'm going to have to figure out what to do with them. 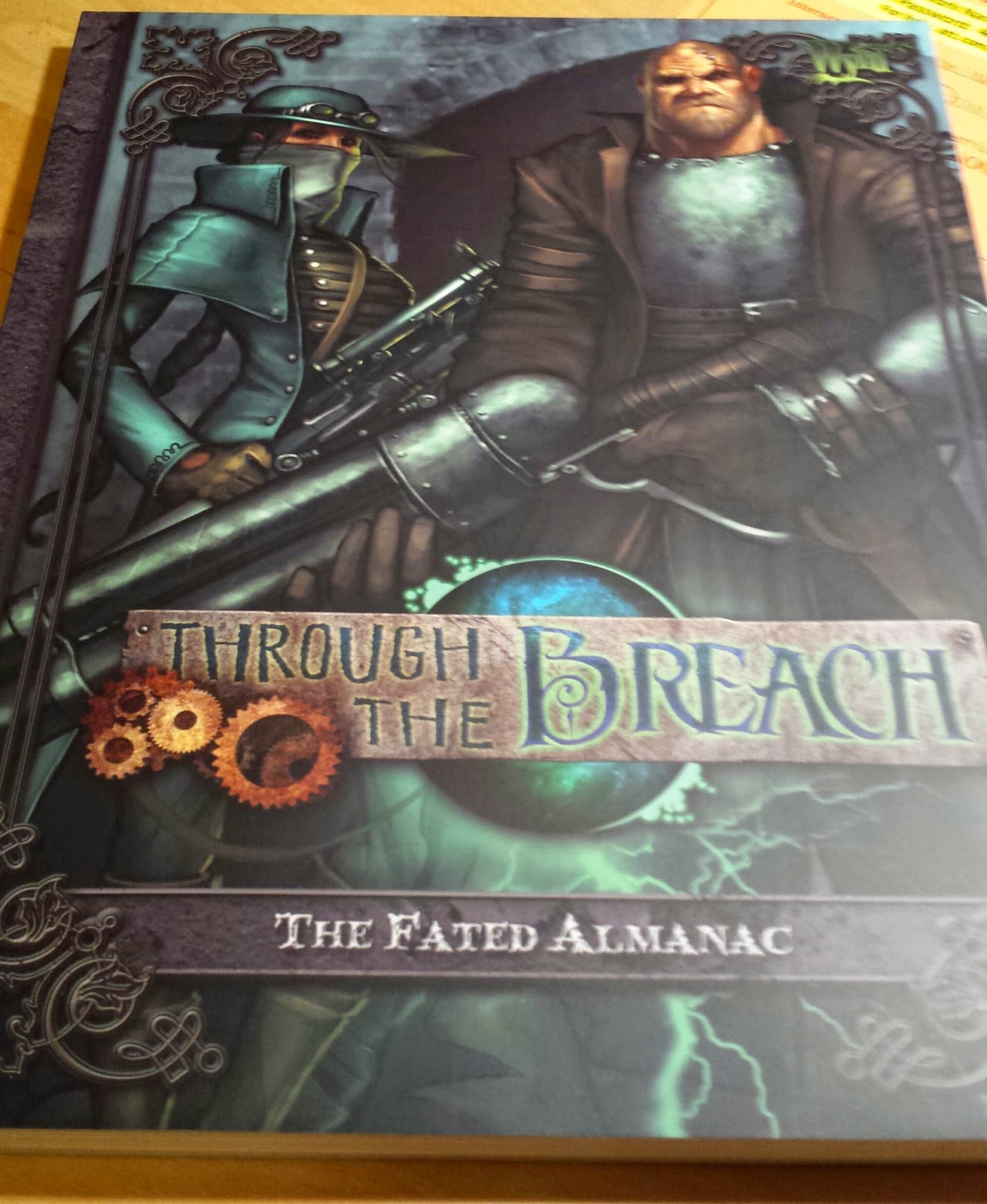 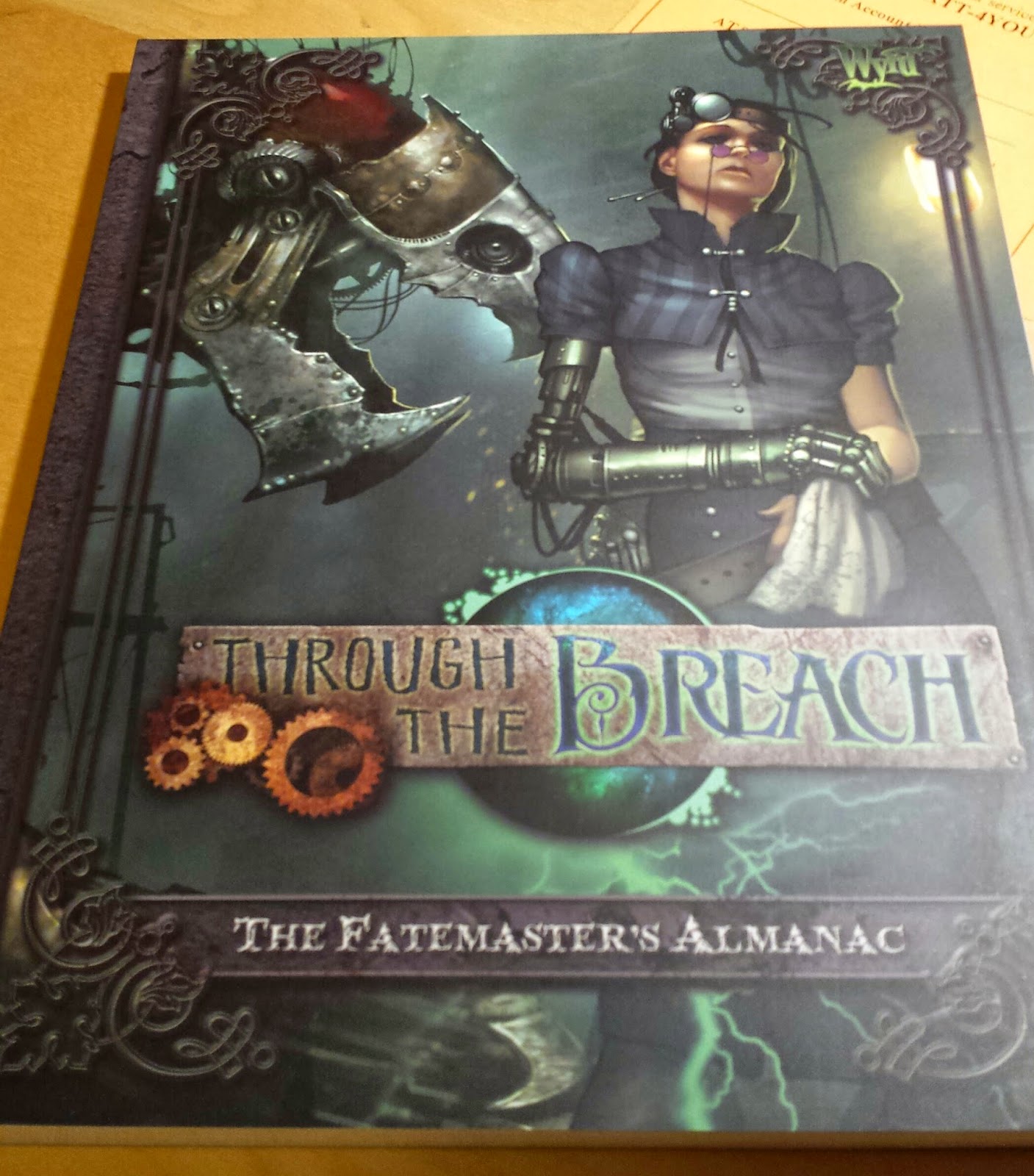 I also received the Primeval Thule Campaign Setting PDF from Sasquatch Game Studios.  It's a sword & sorcery setting for use with either Pathfinder, 13th Age or 4E.  I was reading the PDF today and there is a lot of good ideas for adventures.  The map of Thule is awesome and I'm digging the place names and NPC names as it is appropriate for the setting.  I'll probably use some of the material for my Pathfinder World of Xhuul campaign.

Posted by Greg Johnston at 9:09 PM