In my home-brew world of Xhuul, we are using the Core Rulebook races only, but with a few mechanical tweaks and re-skinning to fit my world better.


Humans are the dominant race. All other races are few and rare, having been wiped out by disease or war. The non-human races have isolated themselves and their societies are on the decline. A few rare individuals however have left their racial homes to explore and adventure in the wider world for various reasons. These individuals are the exception and not the rule. Their homelands can be xenophobic to outsiders. Non-humans living among humans are usually ignored at best or persecuted at worst. There is prejudice and non-humans can be the scape-goats for everything from bad weather to soured wire. In Throxia, attitudes are generally neutral in regards to non-humans since it is a major City State that sees it's share of beings from elsewhere from time to time.

Elves are more tribal, much like Wild Elves in earlier editions of D&D.  They keep to themselves and do not like outsiders encroaching on their territory.  They don't follow any gods, but do believe in nature and elemental spirits. In game terms, they are mechanically the same as elves in Pathfinder.

Thraan:. Thraan are re-skinned Half-Orcs. There are no 'Orcs' in Xhuul, so the term Half-Orc does not apply. In game terms, they are mechanically the same as half-orcs in the Core Rulebook, except they look like the Goliaths from 3rd Edition.  The Thraan were created in the distant past by wizards to serve as shock troops for the wars of the distant past. They did breed true among themselves but cannot breed with any other race outside their own. They have over time developed their own culture, though it is somewhat primitive.

Thraan begin play speaking Common and Thraan. Thraan with high Intelligence scores can choose any languages they want (except secret languages, such as Druidic)

Half-Elves are the product of very rare unions between humans and elves. The prejudice they receive is probably more prevalent in Xhuul than other game worlds. Mechanically, they are the same as half-elves in the rule-book.

Halflings are probably the more numerous of the non-human races. They tend to live in the human city-states, where they are treated like second-class citizens and usually do all the menial work and labor nobody else wants to do, such as rat-catching, sewer-cleaning or garbage-collecting. These menial jobs tend to take them into parts of the city nobody else goes and digging through other people's trash tends to reveal secrets and knowledge others don't know about. As such, Halflings are viewed as smelly and unclean, given the type of work they normally do. Sort of like the caste of the Untouchables in ancient Indian society. Mechanically, they are the same as halflings in the rule-book.
Halflings begin play speaking Common and Halfling. Halflings with high Intelligence scores can choose any languages they want (except secret languages, such as Druidic)


Gnomes are a true oddity in Xhuul. For a grim and savage world, they have a unique positive outlook and are very curious child-like beings. They claim to be from another realm, but they have not been able to prove it, so most people see them as a little crazy. Gnomes do not tend to group in large communities. They wander around in small family groups much like Gypsy clans. As such, they are regarded as con-artists and swindlers and not to be trusted in civilized areas. In rural and wilderness areas, they would be more like an isolated tribe like the elves. Mechanically, they are the same as gnomes in the rule-book with the following changes. 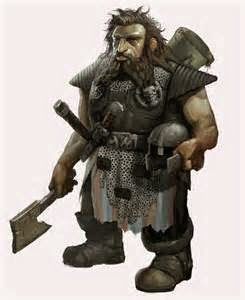 Dwarves are the degenerate descendants who have lost the glory and knowledge of creating the great stone and metal-working skills of their ancestors. Dwarves are extremely xenophobic and have isolated themselves from the world. They dwell in their underground holdings, jealously guarding their knowledge and preserving the relics of their past as best they can.    If they find any non-dwarf who has a relic of dwarven craftsmanship, they will demand that item be surrendered to them as it belongs to dwarves only.  To refuse them will invite certain death. Mechanically, they are the same as dwarves in the rulebook with the following changes:

Defensive Training: Since there are no Giants in Xhuul, this racial trait should be swapped out with Deep Warrior (APG pg.11)
Hatred: Since there are no orcs or goblinoids in Xhuul, the bonuses for Hatred would apply instead to Camotzi. As an alternative, you can swap it out with Ancient Enmity (APG pg. 11)
Dwarves begin play speaking Common and Dwarven. Dwarves with high Intelligence scores can choose from the following: Aklo, Camotzi, Gnome, Terran and Undercommon.