When I started my Pathfinder campaign, I didn't have a list of gods for the world of Xhuul.  I just told any players interested in playing a cleric to choose a god from the Pathfinder Core rulebook to serve as a place-holder diety until I had a chance to work on my own gods.  It has been a challenge because I'm conflicted between having too many or too few gods.  Also, making sure that most of the cleric domains are represented and that they are of gods of appropriate alignment that player clerics would be interested in choosing to follow.

I have established that in the world of Xhuul, the gods do not directly grant clerics their spells.  The various cults and temples of the gods have rituals and hidden mysteries that are taught to initiates, which when they complete their training allow them to focus their energies through meditation, prayer and rituals to get their daily allotment of divine spells.

Below are two gods for Xhuul.  This will be the first of a series of posts that will present a few gods, more or less in alphabetical order. 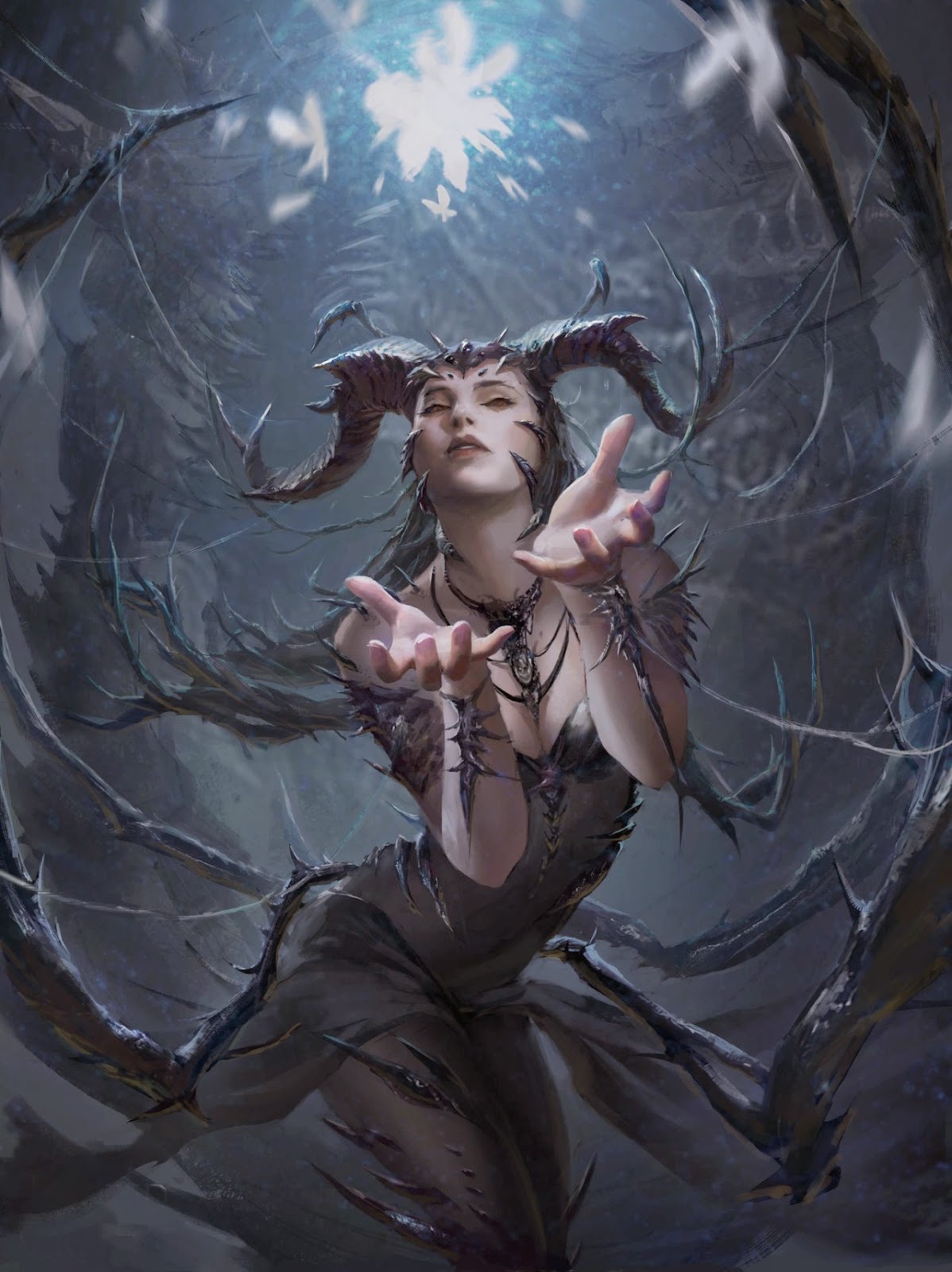 Anansi is a goddess that dwells deep in the underworld of Xoor-Yan, a massive system of caves covered in layers of sparkling spider webs.  Anansi dwells in the center of the webs in a large cocoon-like palace woven of spider silk.  The webs crawl with many generations of her children, spiders of various sizes that prowl and scurry along the web network.  It is said her network of webs weave throughout the world and it is through them that she is able to hear and see events from the vibrations they pick up.  As such, she knows much about the world and it's secrets.  Some mortals have dared to seek her out, to find a rare piece of lore from her, but she is capricious and only awards such lore to petitioners if they agree to mate with her in order to further the next generation of her spider children.  This is a dangerous venture as Anansi has unusual hungers and has been known to eat her lovers after consummation of a night of passion.  Or she will ensnare them in her mystic webs to be later feasted upon by her new brood of children they helped create. 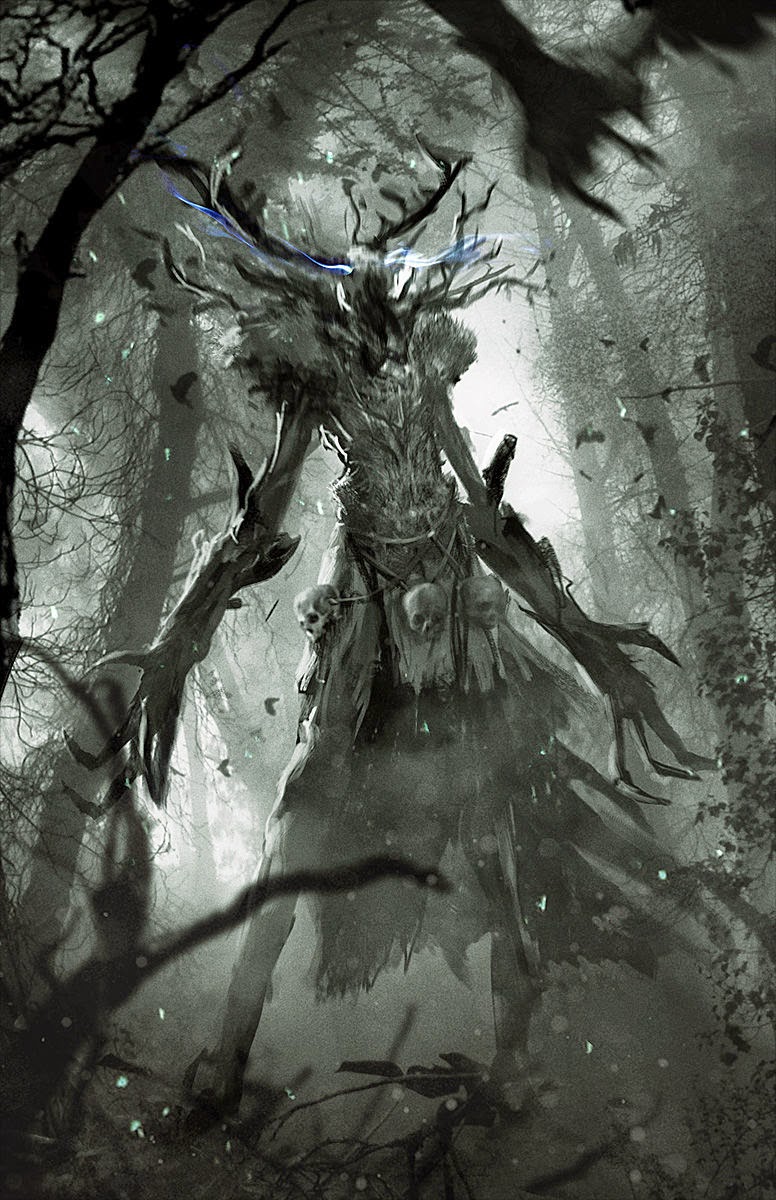 Braahl, also known as The Horned Lord, appears as a tall humanoid with a bestial head crowned with antlers.  His over-sized, razor sharp claws are usually dripping with blood from a fresh kill.  Braahl stalks the remote forest wilderlands, in search for prey to satiate his hunger, which never ends.  This frustration and constant hunger drives him to rip apart his prey and cutting a swath of destruction through the wilderness.  His followers leave fresh kills and sometimes captured humans or other humanoids which they bind and hang from trees as offerings for the Horned Lord.  They do this more out of fear to appease Braahl, so that he will leave them alone and go elsewhere to wreak his destruction.  Sometimes, it works.