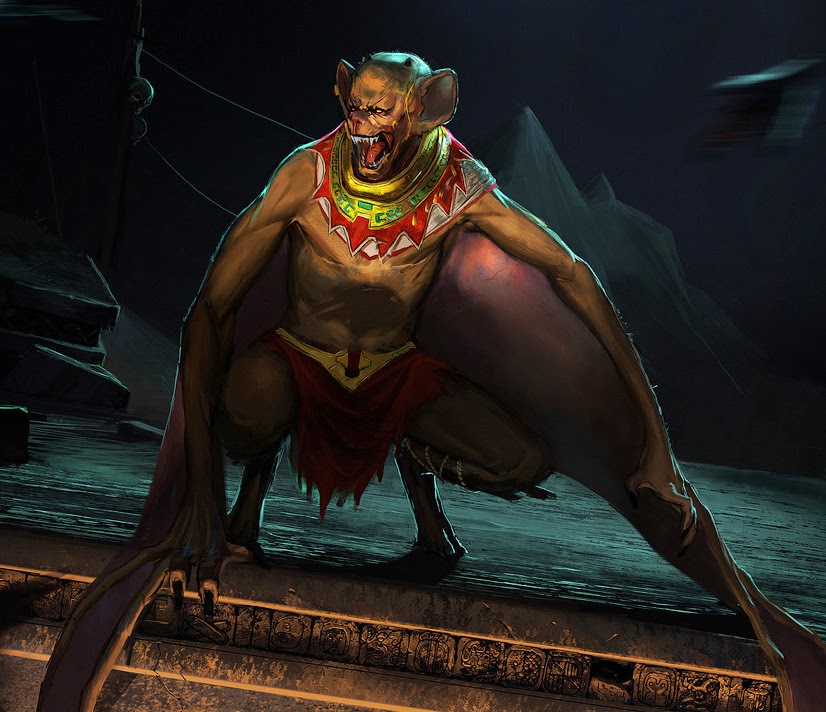 Camotz appears as a hybrid bat humanoid.  He is the father of the Camotzi, a small humanoid race that inhabit remote caves and underground ruins.  The camotzi are sightless creatures, but can navigate their lairs by sound.  They toil in their underground lairs, building temples to Camotz.  They and the dwarves are mortal enemies.

Camotz is also believed to be the father of vampires and the legends of their shape-shifting into bats supports this connection.  The long life of vampires is alluring to many who wish to escape death, so i is not surprising of the existence of many secret human blood-cults that follow Camotz.  These cults believe that if they consume enough blood that they will be granted eternal life by the bat god. Camotz demands blood sacrifices on nights of the full moon. 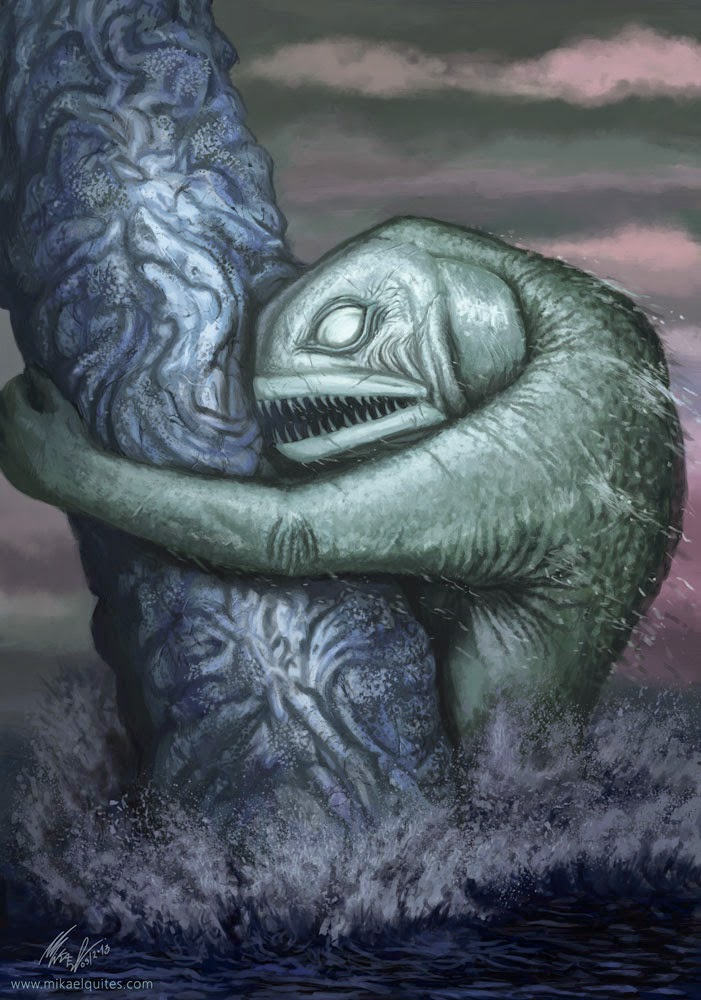 Dagon dwells at the bottom of the oceans of Xhuul in a grand city made of coral and strange megalithic stones carved with strange runes and shapes.  Outside of this city lay the countless hulks of sunken ships, victims of Dagon's wrath that did not make proper tribute before crossing the seas.  It is often customary to make sacrifices to Dagon before going on a journey across the sea in exchange for good weather.

Dagon is a giant aquatic humainoid, with a fish-like head, pupil-less eyes and slimy scales.  He is said to be the father of the Skum and the Sahuagin and other aquatic creatures.  Human cults that follow Dagon summon Skum from the sea in monthly rituals.  These summoned Skum and the human cultists perform debased rituals,in which they mate with each other. The children of such unions eventually become Skum when they reach 18 years of age.  At that time, their transformation is complete and they join their fellow Skum in the ocean.  Such children are regarded as a holy blessing from Dagon and such communities are often blessed by bountiful fishing and good weather.