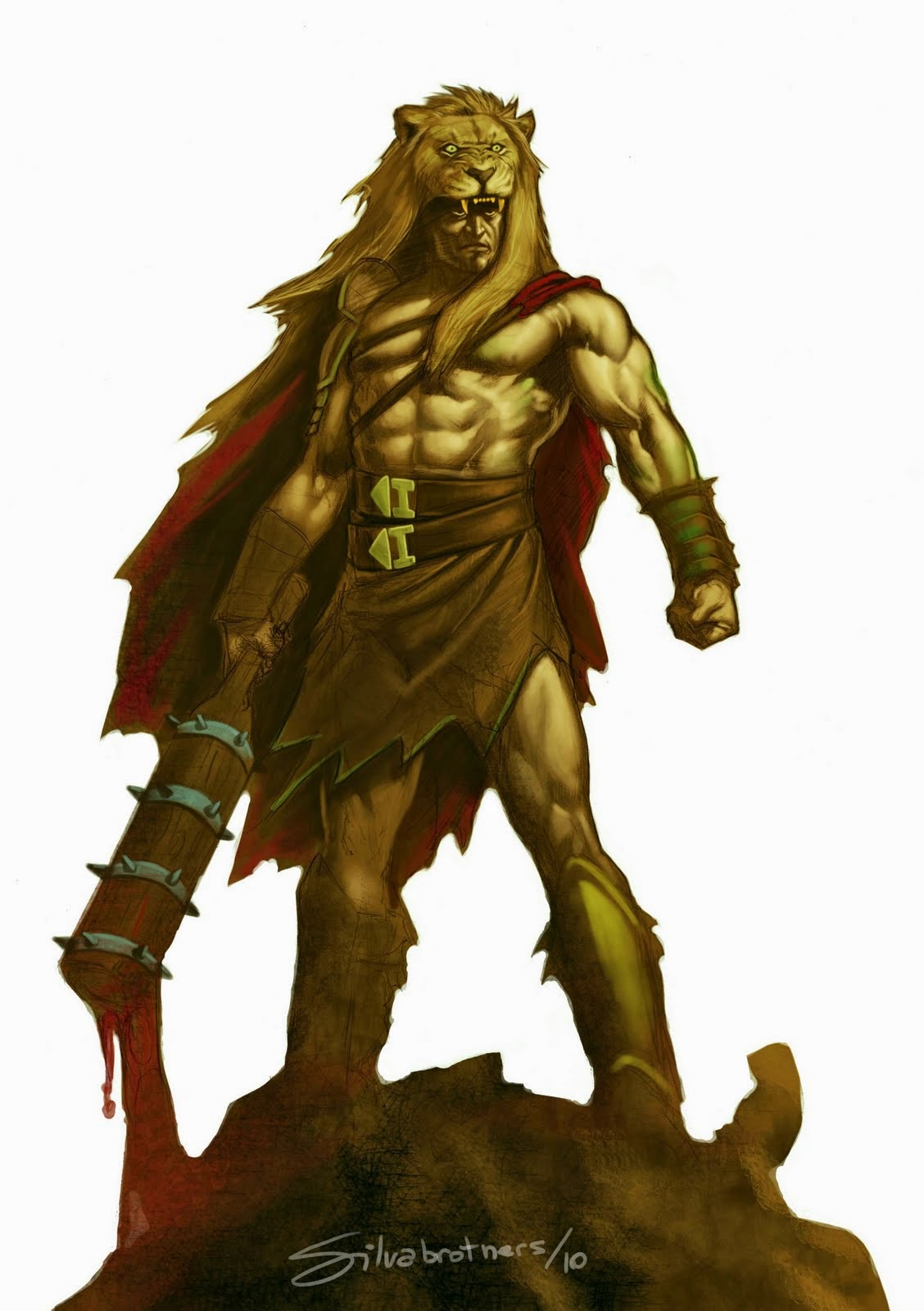 Fa-Taal appears as a bare-chested muscular man who wears a lion's pelt.  He is sometimes depicted as carrying a spiked war club known as Spine-breaker.    Once a mortal, he was a legendary warrior who traveled and adventured across the world until he found himself  on an outer plane, where he faced  a hostile celestial lion.  He pummeled the creature to death with his bare hands and skinned it's pelt as a trophy of his triumph.  The blood of the beast covered him, whereupon he ascended as a god.  Or so the legends and doctrines state in the temples dedicated to him.

Faz-Taal is the god of adventurers, warriors, and explorers.  He favors bravery and those who take risks in the name of adventure. He disdains cowardice and timidness and will mock and curse those who show such traits in his presence.  Those he truly despises he will beat to within an inch of their lives.

His temples are more like taverns where many adventurers gather to tell their wild tales and stories of the places they have been, the monsters they have faced and defeated and the treasures they have found.  The priests of Faz-Taal brew their own brand of ale which is blessed in it's creation.  Known as .Faz-Taal's Courage, it is a potent alcoholic beverage which also acts as holy water and emboldens the drinker so they do not easily succumb to fear. 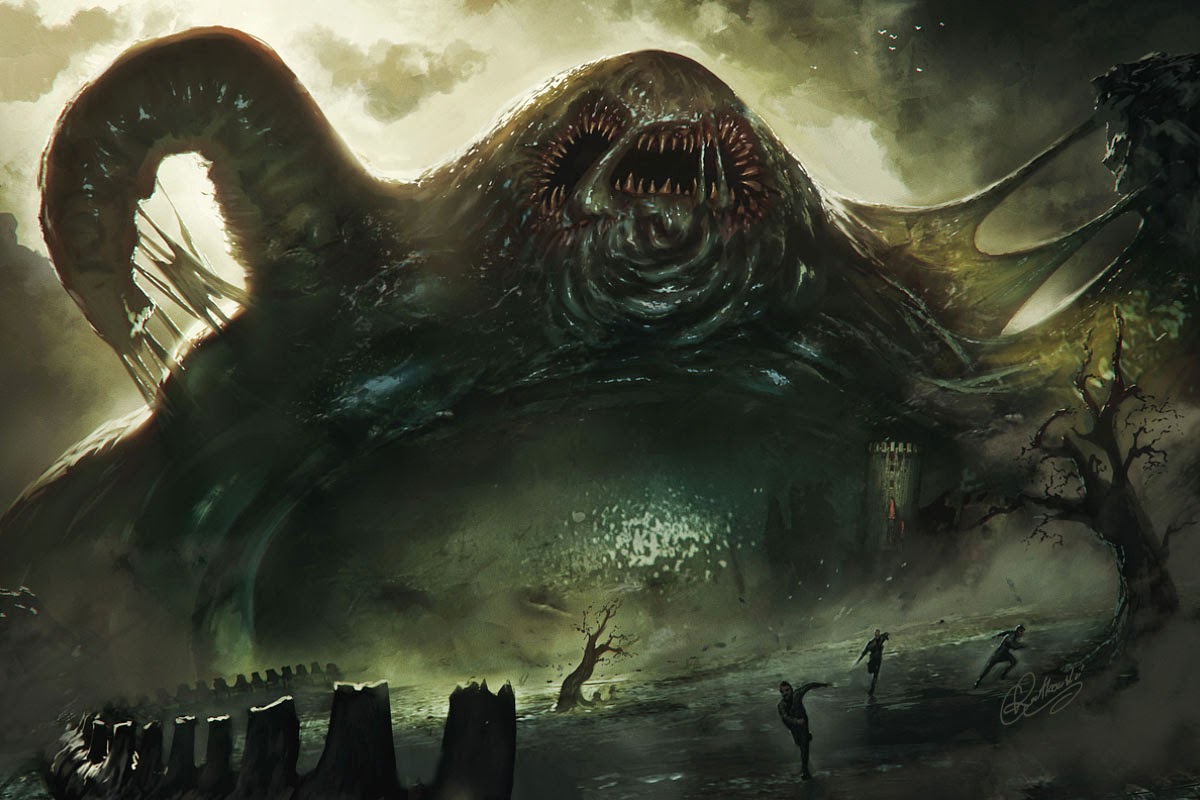 Gyugoolagutha is a horrid nightmare that heaves and lurches her obscene and undulating amorphous mass through the underworld of Lorhalothat.  She appears as a gargantuan sized green ooze with lashing pseudopods and a enormous maw filled with sharp teeth.  Her cavernous realm of twisting tunnels is coated in slime and  riddled with phosphorescent fungi forests, bathed in colors unknown to human eyes.  The air is heavy and ripe with spores both toxic and euphoric.  The stench of decay hangs in the air as rotting fungi provides food for the multitude of slimes, oozes and jellies that drip, slither, a pulsate through the realm.

Gyugoolagutha is the mother of all oozes, molds and the race of the myconids.  The cults dedicated to her partake in drug-induced rituals where large quantities of hallucinogenic molds and mushrooms are consumed in order to commune with the goddess.  The results of which cause many of the cultists to go insane.  The cult views these victims as prophets who have a twisted wisdom in their mad ramblings and rants, which are summarily recorded in the temple records.

The temples dedicated to Gyugoolagutha are a pharmacological treasure trove as they have extensive underground laboratories where many varieties of hybrid fungi and molds are grown for food, medicines, poisons and recreational drugs.  The priests who maintain these facilities are both geniuses and dangerously insane.

*= The name Gyugoolagutha was borrowed from the Planet Algol blog.

Posted by Greg Johnston at 6:39 PM