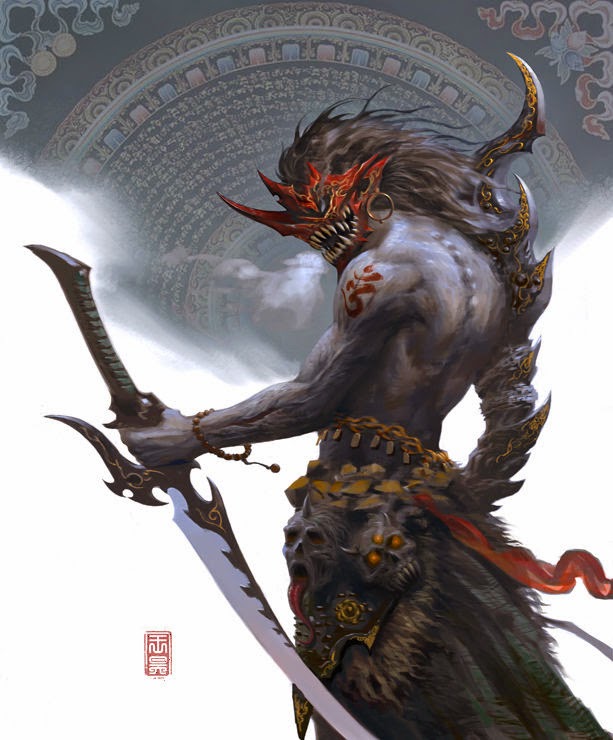 Imir is the creator of most evil humanoids and monsters.  His demesne in the underworld of  Miggotu is an enormous fortress of black iron studded with numerous spikes known as Ath'll.  Within this fortress is the Chamber of Screaming Labors, where Imir keeps a large coterie of captured human female slaves whom he violates sexually every night.  These unfortunates are driven insane and become the mothers who birth his foul creations and die during the painful birthing process.  These children of Imir then make their way into the world of Xhuul or stay and become his guards or favored pets in his fortress.  When the number of his 'wives' diminish too much, he sends his worshipers to retrieve more for him. 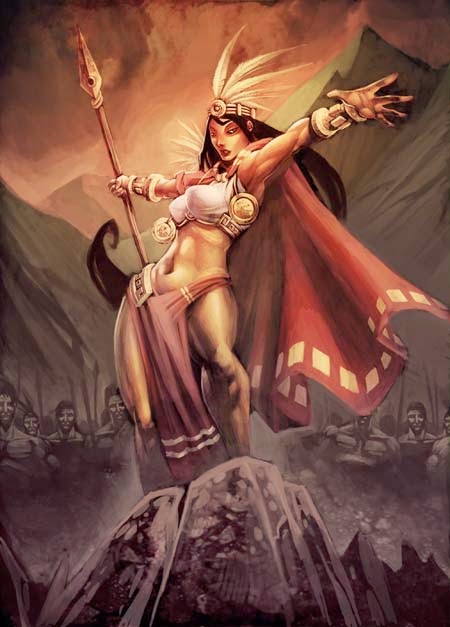 Larpalla appears as a beautiful woman with dark skin and long black hair.  She is adorned with a golden head-dress decorated with feathers.  She wears a red cloak and is armed with a golden spear.  She lives in a city of golden ziggurats known as Itiaru which is nestled in a peaceful valley atop a great mountain known as Larnaz.  Larpalla wages a near endless battle against the forces of evil and she leads her armies against gods such as Imir, Braahl and Morghoom.

Posted by Greg Johnston at 7:31 PM