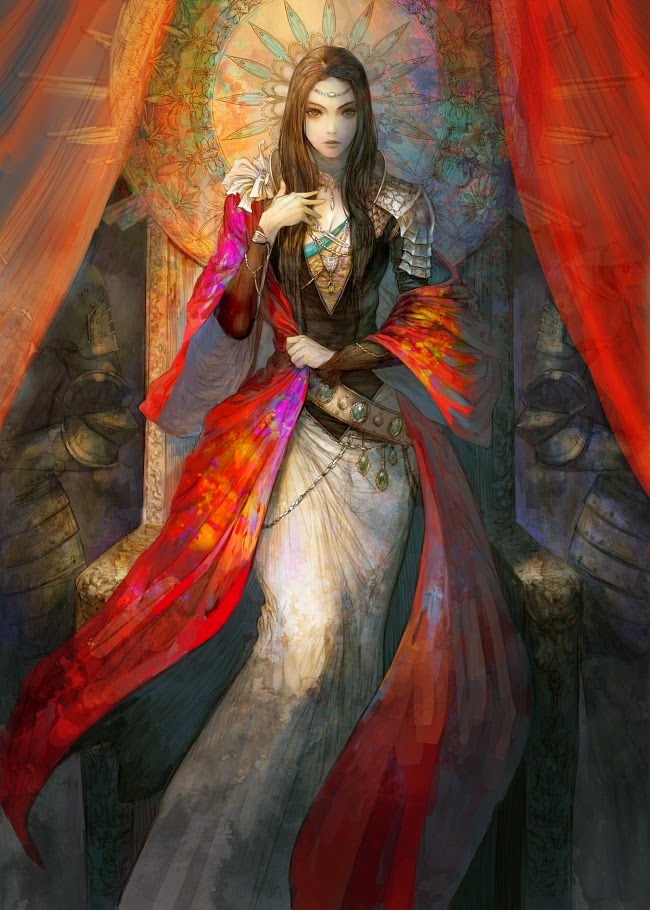 Malithl is a patron goddess of towns and cities that are protected by walls.  She plays a role in preserving peace by clearly established borders between territories to avoid conflict.  In this aspect, sign-posts and markers help to reinforce the identification of territories.  Her role of protection also extends to homes, forts and schools.  There are no temples dedicated to Malithl.  Instead, there are small shrines dedicated to her along roads, borders and cross-roads.  It is customary that when a wall is constructed that serves to defend a settlement, a small shrine to Malithl is inset into the wall and a ritual blessing conducted by a priest.  Malithl's priests wander the world, serving as guides and teachers to communities. 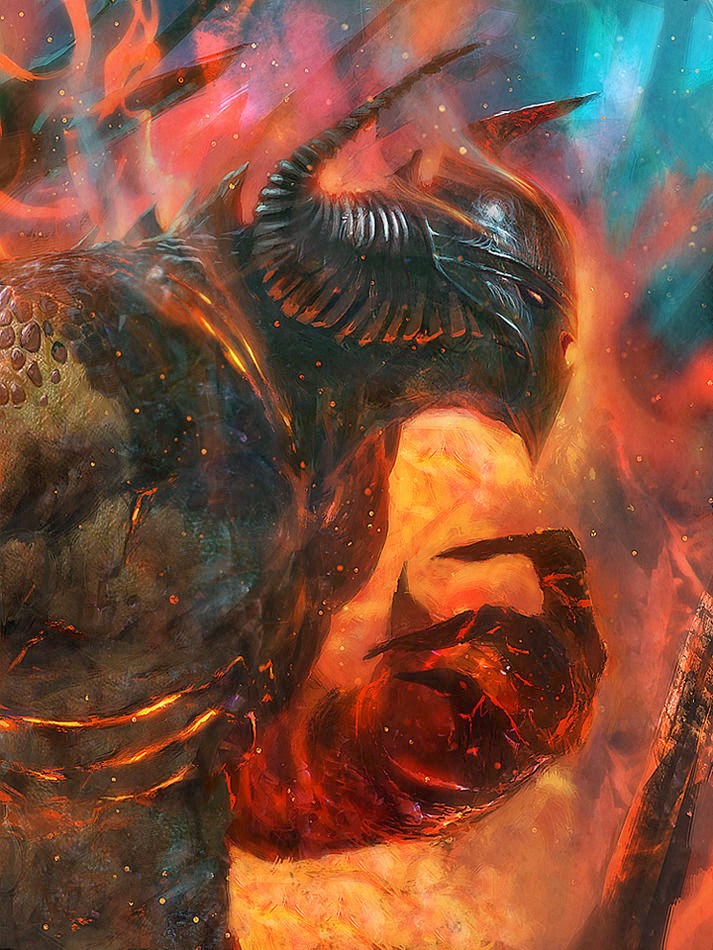 Morghoom is the god of wanton destruction and appears as a hulking, muscular horned demonic creature with leathery skin.  There are cracks in his hide that expose flames within his body.  His face is covered by a metal faceplate.

The worship of Morghoom is outlawed in civilized lands, and so his cult is relegated to the wastelands and remote regions far from most cities.  His followers are those evil monsters that want to destroy anything and everything.  A few human cults follow Morghoom, but these are usually anarchists who want to see the ruling government destroyed and carry out terrorist-like attacks on city structures to foment strife, chaos and fear.