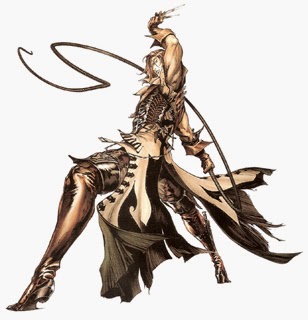 Lavash appears as a handsome man dressed in a long coat, wearing leather armor, gloves and thigh-high boots.  He is armed with a whip.  Lavash is a god with dark appetites for the flesh and inflicting pain.  His followers are usually slavers and people in power who have a predilection for bondage, domination and sadism.  His temples are found in cities where slavery is legal, especially the city of Silaam, which is the center of the slave trade in Xhuul.

The temples of Lavash serve as the hub of the slave market in any city, inside are holding pens for slaves, private parlors for ceremonies and rituals of pain and pleasure, and offices for the various slave merchants to conduct their business.  Given the nature of their commodity, the temples are well guarded to prevent escape of slaves or to prevent anyone from entering to steal the lucrative wealth such trade generates. 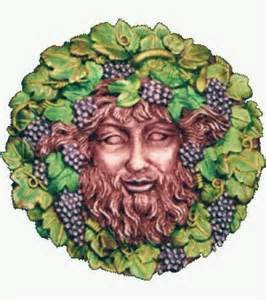 Odarro is usually depicted as a jovial, fat, bearded man dressed in loose robes.  He is surrounded in plant growth, food and wine grapes.  He usually has a golden goblet of wine in one hand and some manner of food in the other.  He is associated with the harvest and thus he is followed by farmers and vintners.  Odarro does have a dark aspect of debauchery, gluttony and drunkenness.  In this aspect his alignment is Chaotic Neutral.

The temples of Odarro serve as store houses for grains and wine.  On various festivals celebrating local holidays, the temples are the centers of great feasts honoring local rulers and events.  The temples usually have large walled compounds that contain lush and well tended gardens.  In these gardens are grown various vegetables, fruits and wine grapes.

Posted by Greg Johnston at 9:50 AM