Below is a D&D 5th Edition monster stat-block for the Mi-go, a race of creatures from the H.P. Lovercraft story, 'The Whisperer in Darkness'.  I made this in case anyone wanted to use these as villains and inject some of the weird fantasy into their campaigns. 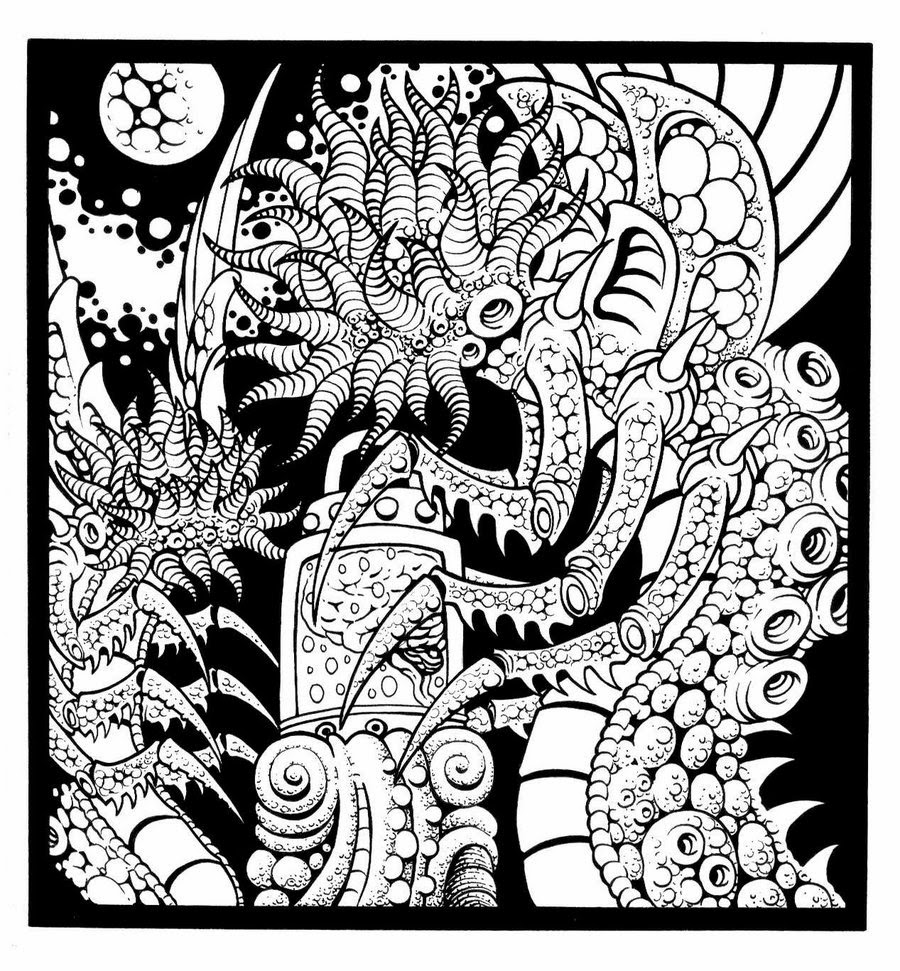 The mi-go use a bizarre form of technology that blends magic and science.  The mi-go can create many strange machines and weapons.  These can be the equivalent of magic items or items that duplicate spell effects, but they will be of a form that is strange in design.  Any magic-user wishing to use these objects must make a DC 20 Insight or Investigation check at Disadvantage in order to figure out how to use such items.  Given their alien nature, these items are usually of limited use and will need recharging by a machine or battery.

One of their more infamous devices is the "brain canister" in which the mi-go extract the brains from living creatures and place it in a canister.  The process usually drives the victim of the brain extraction insane.

The mi-go can travel through interstellar space and do not suffer any effects of the cold vacuum of space.